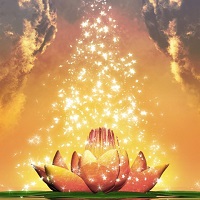 We’re in a mode of clearing and transformation!

Click here to listen to the Prayer for Today-Clearing Karma

Holy Karma Clearing, Batman! What a time this is! This is definitely the time of “instant karma.” It’s got us! It seems to me that EVERYONE is experiencing intense clearing now. I know I’ve been saying “it’s getting intense” for a while now – a couple of years, in fact. And, apparently, it’s going to keep getting more intense. What do we do about it?

Imagine that someone you love is hurting themselves with something – maybe they’re hitting their head on a wall, cutting themselves with broken glass, smoking, drinking, poor nutrition, self-hatred, allowing themselves to act and feel like a victim – whatever the thing is, it’s self-inflicted. Now, wouldn’t the most loving thing be to make it SO obvious for the person you love to see the cause and effect correlation so that they can make their own choice to end their suffering? Isn’t that the way that it’s really going to come from their heart, and be their choice. Backing them into a corner, shaming them and blaming just makes things worse – it’s ego manipulation.

This past spring I started watching the TV show LOST on Netflix. (spoiler alert) The show is about a group of people who think their plane crashed on a desert island in the south pacific (shot in Hawaii). From the beginning, the very first episode I realized – “oh, they’re not lost on an island, they’re lost in the bardo, the hell realms between lives.”

One of the characters is a heroin addict. He’s using up his stash, bit by bit. One of the other guys on the island realizes he’s an addict and decides to help him. He says, “look, you’re going to run out here on the island, so why not quit while you still have some drugs. Give them to me and I’ll hold them. If you really want them you can have them, but if you can find the strength to quit you’ll be better off than if you just run out.” Brilliant!

So, what is it the Universe is showing you that it’s really time of you to quit? What is it you’re clinging too that doesn’t serve you anymore and it’s time to quit while you’re ahead rather than suffer the loss some other way?

It’s always good to see where the Universe is helping you out and it’s great wisdom to receive all the assistance you can get!

Clear the Karma of long held attachments and let that stuff go!

How do we let it go – It’s really about releasing the meaning we’ve made of things, releasing the judgments, making things bad and holding grudges. It’s a great time for a clearing out. Go for it!

We’re waking up together and I’m so grateful for that! If you’re finding what I’m sharing to be helpful won’t you please share at Facebook and twitter to let others know? Thank you!