Because We Are One 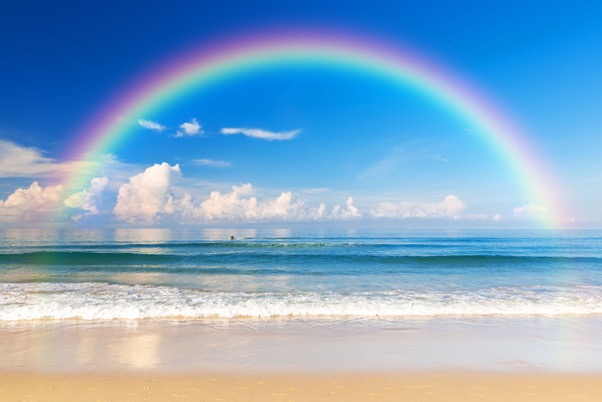 We are the Great Rays and we are One Light!

I’ve not had a guest blogger before on my daily Spiritual Espresso, but my dear friend Faith is an inspiration to me, and I love what she has shared at facebook. Here it is:

Why Most Women Are Disgusted by Donald Trump
by Faith Spina

I am 58 years of age…I have lived long enough to see and experience most forms of sexual perversion. I have been molested…attacked…stalked…groped and disrespected by many men in my life. My father sternly warned me at an early age not to trust men..that they only wanted, “one thing”. I believed him and so I attracted a life filled with men who only wanted to take from me…sexually and in other ways.

My first experience of sexual pressure came from my first boyfriend at age 13..he told me that if I wouldn’t have sex with him..he would no longer be my boyfriend and that another girl wanted him and he would go with her. So after saying NO many times..I finally agreed.

However, when the time came.. I just couldn’t do it. He got mad and left and I felt abandoned…not just by him..but by myself. I didn’t know this then..but I abandoned my principles and my self-esteem so a boy would like me.. This became a pattern in my life.

By the time I was 18 I attracted a man who was violent. When I told him I was leaving him, he tried to kill me. Of course..now I realize that it was me trying to kill myself. I didn’t want to live that way.

Throughout my early professional life I was consistently sexually harassed by bosses who looked me up and down..giving me the clear suggestion they wanted to have sex. I had several of them press against me inappropriately, tried to kiss me, etc. Everywhere I went, I was hit on. After turning down the Corporate V.P. of Finance in my company, I was “laid off” for no apparent reason. The comments and experiences I had during this time are too numerous to go into in this short article, but suffice it to say, I felt tormented.

I soon began to gain weight as a protection to their unwanted advances. In the 1980’s, sexual harassment was rampant in Corporate America. I cried many tears in that time. I began to deny my womanhood and become more like a man to cope with these experiences. When I became pregnant in 1985, I got sick and needed to work part time. My boss refused and fired me. A man in our company was working part time due to a hip replacement and so I sued the company for sexual discrimination. Our case went all the way to the Supreme Court and I lost. Our judge was a 70 year old man who didn’t believe women should be in the work force. I felt powerless.

I married a “nice” guy…a man who would treat me well…and he did…but the polarity wasn’t there for us and we were better off as friends..so after 9 years, I left him. Once back in the single world again…I realized that although I had aged…I hadn’t really changed..my self-esteem was low and I was dependent upon men’s approval. I attracted married men so often, that I once again lived out my pattern of mistrust of men. I built a wall around me to protect myself. I didn’t let many men in. Men lied to me. Stole money from me and betrayed me. I felt victimized…only to later find out…I had victimized myself.

This is how many women feel now with Trump. All of our “old” wounds are coming up for healing again…not just from this life..but from past lives of the Patriarchal abuse.

Donald is our poster man of all the wrongs that have been done to women. He’s manipulated women, insulted them, cheated on them, used them, groped them, and according to new allegations, raped them. Just like what’s happening in Standing Rock now…this is all symbolic..what we took from the Native Americans…and this time…it’s struck a DEEP chord for healing.

Many women feel “betrayed” by our country now…how could we elect a man that is symbolic of all the perverted sexual energy we’ve experienced…the lies…the mistrust..the betrayals…

During the time all these things were happening in my life…I was in denial. I made excuses for men. I convinced myself that this is just how men were. I accepted it. I felt I had no voice…or no power.

After my awakening, I slowly realized the patterns in my life and I was able to consciously bring them to the light to heal. Our country is just beginning to look at this now. It will take some time for these deep wounds to surface and heal. Those of us who are conscious now must be patient while we go through this process. We understand that the collective is healing now and that this chaos precedes Clarity.

However, we are all having a human experience and we cringe at the things Trump says. We still feel the sting of this oppression and misuse of power. Our egos feel disgusted that we once endured this. The youth is frenzied with this collective pain and is fighting back…thinking it is outside of them in the world…when in truth, it is within all of us. The only way to heal this pain is to feel it and release it. So in this numerology 9 year..the year of completion and release..this is happening…around the globe. All of us are affected by this..because we are One.

It is not to “BLAME” the men…or anything outside of us. It is a COLLECTIVE wound to be healed within us all. The only way to experience the Peace and Heaven on Earth we know is possible, is to walk through this period of time and RELEASE anything which is not US. We are our own Judas and our own Jesus.

We have brought our “sins” (misguided thoughts) to the light now…and we can bring them to the cross to ascend. It’s our choice. I choose Love. Always and in ALL ways. Thank you Mr. Trump for playing this disgusting role (contrast) for all of us in this Epic tale called Life. Soon we will no longer need you to play this role for us..but in the meantime…we know it’s necessary…just like the Wicked Witch played the role for Dorothy which helped her to wake up from her bad dream…we will collectively pour water over you until you dissolve into the nothingness…as all FEAR is an illusion. When we wake up from this Collective Dream to realize..that we have never left home.

That is where you will find me. Somewhere over the rainbow…for that is our true home. As Jesus encouraged us…”Be in this world…not OF this world.”

So in truth..I am not disgusted with you Mr. Trump ….I see the truth of this story…and that is where my power lies. I will not be sucked into the fear or the anger you project..for I am a sovereign being of Light and I shall use my power to make wise choices to serve the highest part of my being. So yes, I love even you. I claim the power of who I am…and that is Love. ~ Faith Spina

JOIN US! Now is the time for us to be activated into walking the talk and living the Love for real. And that’s why I’m gathering some of my friends who are ACIM students, too, to discuss what we’re all feeling and thinking about the recent election.

Please join me on Monday for this free call – along with these other A Course in Miracles students/teachers:

We’re gathering to offer you a free call on Monday, November 14th

4pm Pacific
7pm Eastern
12am UK
11am Australia (next day)

To receive all the details for the call, including download later, please click here to register now.

Now is our Divine opportunity, let’s not miss it, let’s activate and shine the Light we are born to shine! This is how we can be most truly helpful right now!

All light workers on deck! Our time is NOW!