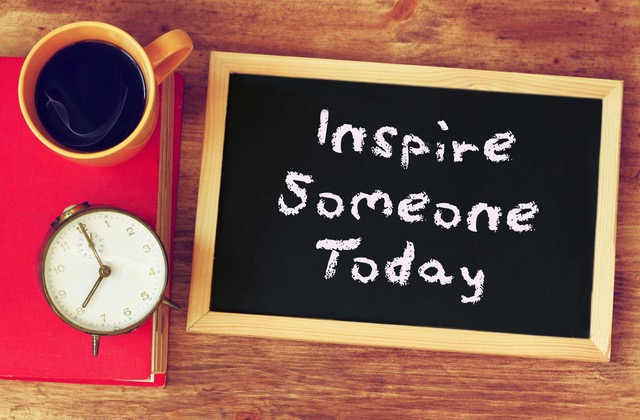 Extending Love comes in so many ways.  I find that if I’m willing to speak up and extend Love I can be truly helpful – as long as I’m not judgmental or attacking.  I recently received an email from a local NJ political activism group that is working for political change locally.  I’ve been interested in what they’re doing.

So, I wrote this response:

I love a lot of what you’re doing, but I really don’t want to fight for anything – I’ve been a Peace activist since I was a child.

I studied with Rev. James Lawson, who was Rev. Dr. Martin Luther King, Jr.’s mentor.  Lawson taught both King and myself how much more powerful nonviolence is than anger, hatred, and violence.

I’m not angry because I’m not taking it personally.

I would so appreciate if we could lose that rhetoric and inspire people with a vision rather than poke them with anger and upset.

Where’s the vision in your email to me?  Having a vision is SO powerful and inspiring!

Isn’t it wonderful to feel inspired by a vision pulling you to a greater good rather than fired up with anger because you’re pushed by the pain of your own attack thoughts of blame and resentment?

Let’s not match the rhetoric of the far right, let’s rise above and call for the highest vision of democracy.

King is remembered because he was motivated by a vision of the beloved community.  His work still inspires and resounds around the world because of the vision he held.

Let’s have a REAL change – a lasting change – not just a change of politicians.

I encourage you to listen to MLK’s speeches before you write your next email!  I’m sure it will come from your heart and be a great inspiration!

Many blessings to you!

And guess what – I got a wonderful message back from her:

I am so grateful for your response and reflection on this message and promise you I and the group at large will take these thoughts seriously.  So many people are angry, I think justifiably so.  One or our goals is to take those active and motivating feelings and help put them towards constructive action.  I see that the email neither conveyed the constructive action nor allowed for alternative responses.  So thank you so much for having the respect to share your impressions with me.

To which I sent this reply:

Thanks for the thoughtful response!  I had originally volunteered to help NJ11 to shape messages and consider language that’s visionary rather than attacking so that we can inspire more people to get involved and take positive action for change.

Just an FYI, not everyone believes that anger is justified.  I don’t feel that anger is ever justified.  There are reasons for anger, but that doesn’t mean they’re justified.  Anger ALWAYS comes from peoples judgments.  Judgments are just opinions.  Opinions aren’t truth or fact.  Opinions are interpretations that are SO changeable – and then the “justification” dissolves in a moment.  When something is justified it means that it’s reasonable, that it’s right.  People’s opinions aren’t ever right.  They’re just their perception based on their history.

Honestly, I feel it’s so helpful for us all to realize that there is no justification for anger.  Anger isn’t right or wrong.

People feel hurt and afraid and helpless and that’s why they feel angry, but there’s still no justification for the anger – if there were, then Trump’s tweet rants would be completely justified.  See what I mean?

If we’re to be truly helpful, then part of what we can offer is inspiration and healing methods for the root causes of anger, not stirring the anger up and feeding that fire.  We can accomplish so much more if we come from Love than we can ever accomplish coming from anger.  That’s why MLK was able to not only inspire the nation, but the entire world – he knew that if people just fed their hatred and anger they wouldn’t ever accomplish much at all.

Thank you again for your willingness to take a deeper look – that’s inspiring to me!

I invite you to consider where you can share a helpful reflection that isn’t judgmental, extends Love, and opens up the conversation to more helpful dialogues.

Many times people won’t bother to have a conversation.  They just write people off.  They think that’s easier.   But if we do that, then all of our relationships will be special relationships and we’ll never deepen into holy relationships.

For me, I’m interested in living in an experience of the Christ, where everything is holy.  I’m taking positive, loving action in that direction.  I don’t always make the highest mark, but I am for it nonetheless!

If I’m judging, I don’t have anything worth sharing.  If I’m extending Love, then everything is worth sharing.  It’s pretty simple.  I keep this message from the Holy Bible, Corinthians 13 in front of my awareness:

Love is patient, love is kind. It does not envy, it does not boast, it is not proud.  It does not dishonor others, it is not self-seeking, it is not easily angered, it keeps no record of wrongs. Love does not delight in evil but rejoices with the truth.  It always protects, always trusts, always hopes, always perseveres.