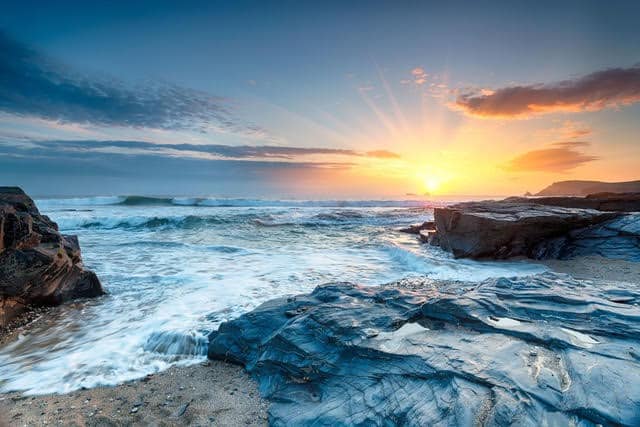 We’re in the flow of the ALL good!

One of the patterns that many people have is a lot like a see-saw or a pendulum. For instance, let’s say you have an experience with a loved one where they disappoint you. The first thought you might have is: “they’re bad, wrong, out of integrity, unloving, inexcusable” or some such thought. Then, the next thought we have is the boomerang coming back and we think “I must be bad, wrong, unworthy, unlovable, inappropriate.”

When there’s an attack thought then there’s a lack thought and they bounce back and forth until we have a change of mind. When we change our mind, we interrupt the pattern and we open ourselves to the flow of Love and Prosperity

The belief in lack actually proceeds the attack thought, but sometimes we notice the attack thought first and then the lack thought afterwards. We each have our own unique way of experiencing to this particularly pervasive pattern of dysfunction and suffering.

It doesn’t matter which thought, lack or attack, comes first.
If we believe in lack, then we’ll feel attacked.
We’ll feel unworthy.
If we feel attacked then we’re justified in attacking back.
If we attack others then we feel guilty and ashamed. We feel a lack of Love.
And so it goes: the hamster wheel of misery.

What matters is HOW TO GET OFF the hamster wheel.
We have the power to get off that wheel of misery.
Willingness to listen to the Divine Guidance is the key to getting off the wheel of misery and suffering. It makes our healing SO MUCH faster. It’s unbelievable and miraculous how much healing we can have when we’re willing!

You can say to yourself:

I’m not interested in that old pattern anymore!
That’s not my way anymore. I’m done with that old way of lack and attack!
I’m interested in Love, Prosperity, Wholeness, Freedom and living in abundance!

We replace the old thought with the new thought and we’re on our way to a new experience of Love and Prosperity!  Which is exactly what I was talking about in my free class Unblock the Flow of Your Time, Energy & Money   It’s really about letting go of the patterns of lack and limitation.  It’s also an opportunity for me to share some of what I offer in my year-long Masterful Living Course which starts on January 1st.  Register now, come join me live and ask me your questions!

It’s easier than you think to change everything in your life, if you’re willing.  Consider joining me – we start in 2 weeks!  Click here to learn more:  Masterful Living 2018.

Living A Life of True Prosperity

From a tiny flame to a bonfire