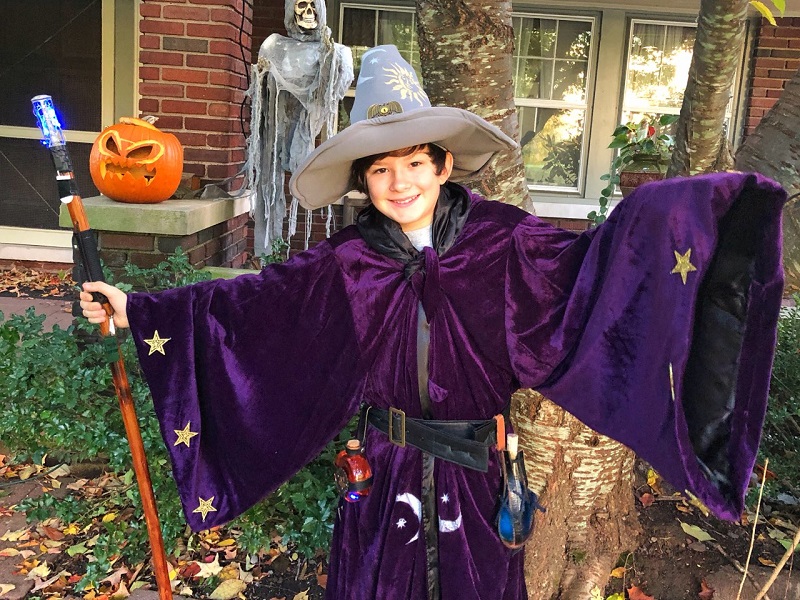 Mikey Hadley is a Wizard!

Click here to listen to the Prayer for Today-Sharing the Joy!

Last night was Halloween, and at my brother’s house we had hundreds of trick-or-treaters.  It’s a very popular neighborhood for trick-or-treating.  People actually come from other areas in carloads.  It’s as though a candy-eating army descends on the neighborhood.  It’s all orderly and friendly.  There’s no egging of houses.  No toilet paper.

Many of the houses in the neighborhood really go for it with decorations, and our family is at the top of that list.  My sister-in-law is a creative mastermind with costumes and decorations.  The house is decorated inside and out.  (see pics)

This is the second time that Mikey has been a wizard, and the costume was his concept, executed by him and his parents.  Debbie was up till 2 a.m. the night before.  And. you can’t quite tell in the daylight, but those potion bottles glow. 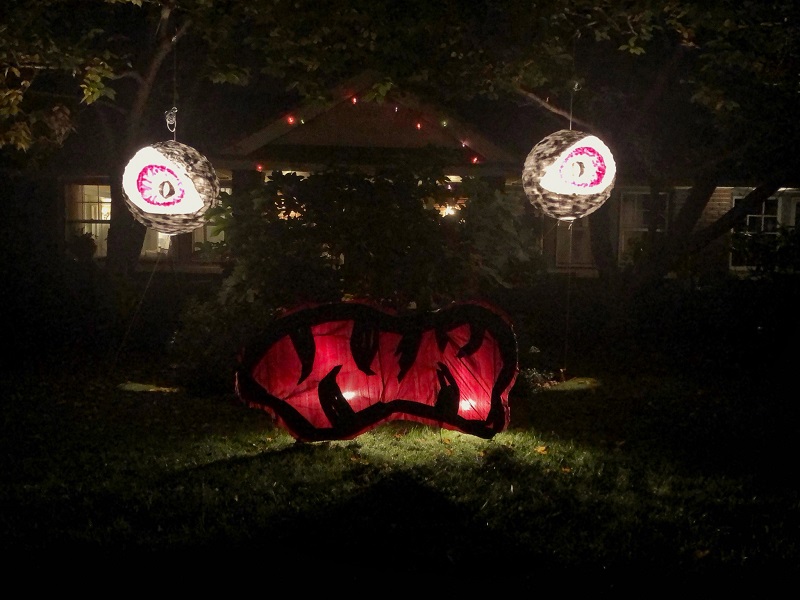 We probably gave away as many as 500 small candy bars. I went out in the ‘hood with my nephew, Mikey, his mom, Debbie, and other friends.  We were a pack of eight boys and three mom-types.

It was wonderful to see how polite the boys were. and how they waited for each other when there was a costume malfunction.  As the night wore on, they weren’t that interested in the candy. They had enough, but they were still out there having fun together!

Through the whole evening, back at the house, only a couple of kids grabbed more than one piece of candy.  Kids mostly said “Thank you” and “Happy Halloween!”

I feel so happy for all these kids, that they get to have such a nice experience.  This whole area has so many decorated houses.  New neighbors ran out of candy before the big wave even hit at 7 p.m.  I guess no one warned them the army was coming.

Although people aren’t as inventive with homemade costumes as they used to be, there’s still a lot of great costumes out there.  I noticed that Mikey’s friends were all mostly creative and homemade.  It takes one person to set the tone with strong assurance. and others will follow.

I’m not saying that it’s Mikey that sets the tone, but he’s the last of 4 kids. and nine years younger than his next sibling. so he’s seen the costume extravaganza of creativity that has been his family tradition.  It’s what his Dad and I did. too. when we were kids.  Mikey’s mom’s mother would sew costumes for her nine children. and also made them matching outfits year-round.  We like dressing up!

There can be a tendency for some to think of the kids that don’t have much in the way of costumes as being lazy. But I would bet they’d all much rather have an experience of creative expression and family fun, but they’re not the leaders in their family.

And for the kids who grab a handful when they’re asked to take one piece, they wouldn’t do it if they knew there was sufficiency.  If they knew they were loved, they wouldn’t need to grab, or hoard, or be rude.  We can blame them, judge them, and label them as wrong and bad, but that doesn’t help them.

Instead, we can bless them.  We can bless everyone who seems to be pushy, or a bully, or acting from a deep sense of lack.  Those that feel unlovable often act in a way that further escalates their experience, and demonstrates to them their false belief.  Let’s not give in to it, anymore.  Let’s teach them that we see them as worthy, as Love, and then we can all have a truly happy Halloween, each and every year.

There’s a sacred opportunity in each moment, if we’re willing to find it.  This is how we unlock the Joy in our life, and step away from a life of repetitive fear and despair.

Here is my sister-in-law, Debbie, as a “Mom Shark” and me as a “Violet Flame Queen.” 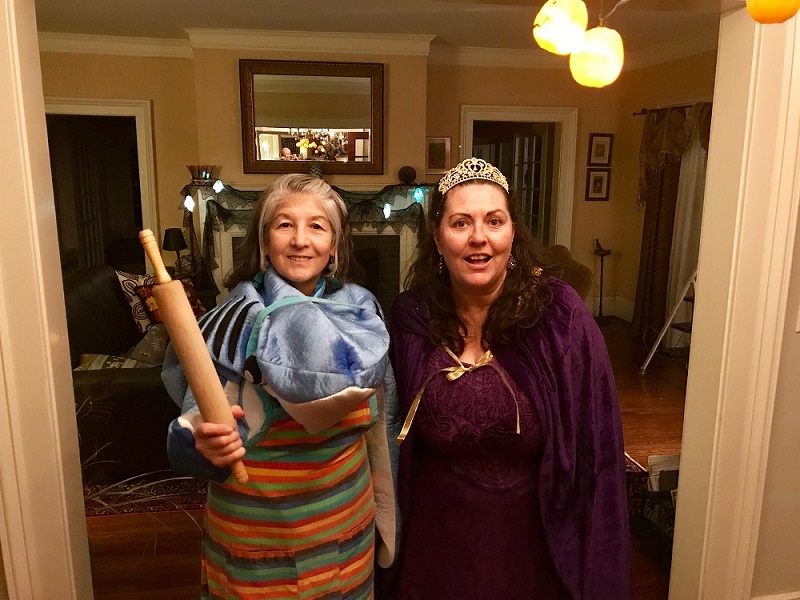 Last weekend, the family went to a Jaws themed party! 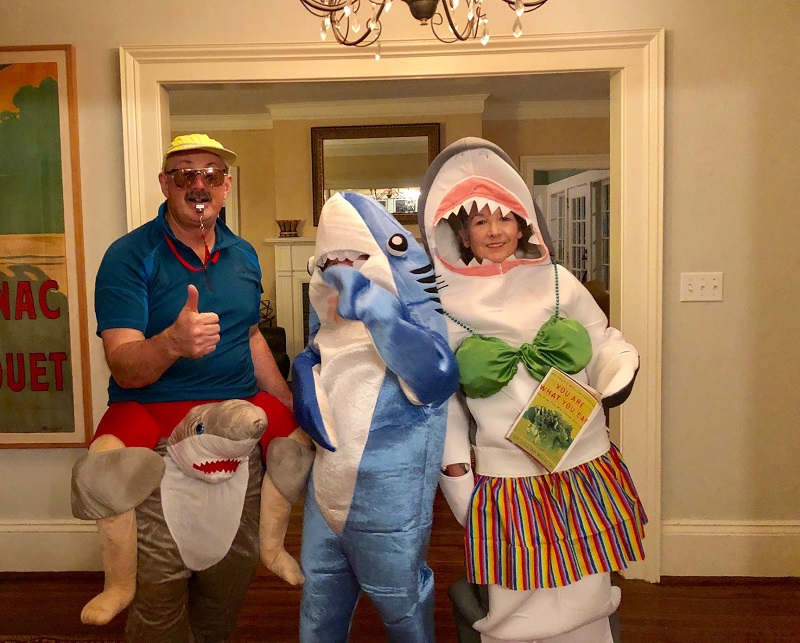