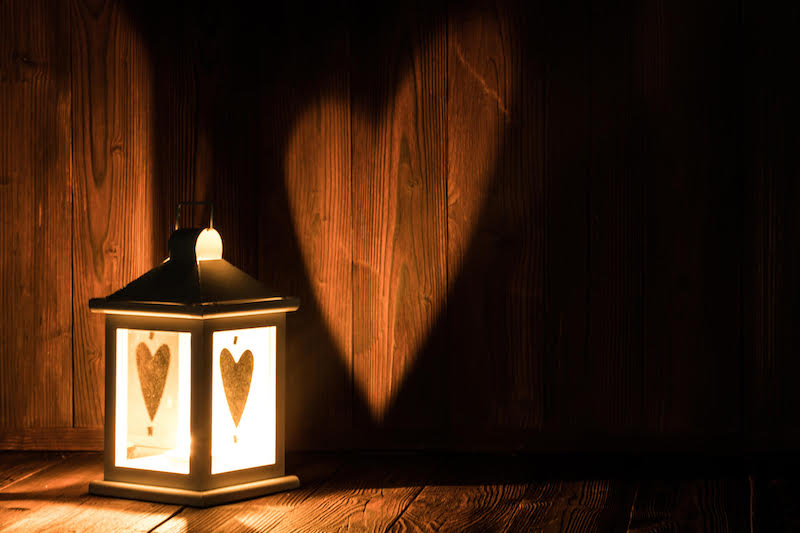 Let’s project Love instead of sacrifice.

Click here to listen to the Prayer for Today-Transforming Guilt

I talk with many parents, especially moms, who feel guilty if they take care of themselves. Parents often feel guilty for just wishing to take time away from their family.

It seems as though parents who are super committed to their family and their children still feel guilty if they take a few days for themselves – even when there’s another parent or grandparents to care for them.

Many parents feel they should do even more for their children, even when they’re doing a LOT. The idea of sacrifice comes up frequently.

Sacrifice, like crucifixion, is an ego concept that people often feel drawn to, but there’s no part of either that brings benefit to anyone. None. Nada. Nothing.

Yes, there are times when we feel compelled to choose to forgo something that’s important to us because taking care of a loved one is MORE important to us- but that’s not a sacrifice. It’s a choice.

We have a choice.

Sacrifice is a PERSPECTIVE. When we feel we’re making a painful choice, then it feels like a sacrifice. But that doesn’t mean that it is.

“Pain is a wrong perspective.”
A Course in Miracles
Workbook, Lesson 190

When we’re making a choice to give up something because we feel we HAVE to, then there’s the sense of sacrifice. But that’s not how this world REALLY works. Sacrifice is unnecessary.

Let’s say you give up sleep to take care of your child.
Or you stay up all night helping them apply for student loans.
Or you work two jobs to put them through college.
You don’t have to do it, you choose to do it, because this is what’s important to you. That’s not actually a sacrifice.

If we think of these choices as sacrifice, it layers in more guilt for the children. We don’t want our loved ones to feel guilty – or do we?

It’s extremely valuable for the release of pain and suffering to consider everything that feels like a sacrifice.

I remember when my Mom was so ill and I was caring for her alongside my Dad. I could have said that it was a sacrifice to take care of her and to be a support to my Dad. I gave up many things in order to do that. But none of them was a sacrifice to me. I would have paid money to be able to be with them. I would have gladly given up more for the opportunity to be a support and to be by their side.

Would you like to turn your pain into gain?
For every sacrifice you think you’ve made, write it down.
Write these things down, make a list.
Look at the choices you had and why you chose what you did.

If the choice you made FELT like a sacrifice, then be willing to see that you actually were making the choice YOU desired. It may have felt like you had to and you didn’t have a choice, but that’s a trick of the ego. We often have choices, even when we think we don’t.

Get the ego out of the conversation and be willing to see that you made the choice that felt best for YOU.

It’s so important, because if you believe there’s been a sacrifice, then your children may well feel guilty that they didn’t deserve your sacrifice. Then you’re perpetuating the painful perspective that is completely false and unnecessary.

I would have been MISERABLE if I couldn’t have been able to help my parents at that time in their life. There was no sacrifice, although I did choose to “give up” things that I could have done during that time. I didn’t wish to do any other thing besides serve my parents as best I could and be with them at their side through the whole ordeal, as much as possible. That was my heart’s desire.

Let’s not delude ourselves into sacrifice anymore.
Let’s not perpetuate the guilt.

Make a list of all the sacrifices and turn them into choices.

If you’ve made people feel guilty for your supposed sacrifices, forgive yourself and let them know that you realized your error. In this way, you are sure to be truly helpful to others, and you will see yourself free in the process!

If you’re willing to have the courage to heal – we’re going for it – come with us!

Let’s have some fun with our healing! Spring Clearing Healing Retreat March 20 to 24 – with Lisa Natoli, Corinne Zupko, Jon Mundy, myself and more!

Ready for some healing? If you’re tired of playing small, and feeling like your stuck of blocked, or your just ready to make a leap in consciousness consider joining me this month in one of the great events we have planned. We have payment plans if you need them.