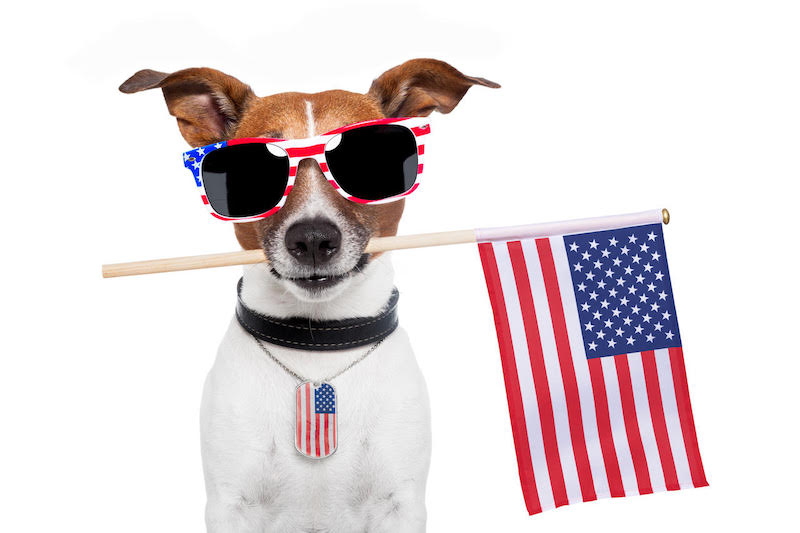 My family moved from Ann Arbor, Michigan, where my parents met, to Barrington, RI when I was 9 years old. My dad had gotten a teaching position at Brown University. I didn’t like being far away from my grandparents and cousins, but I have to say I really fell in love with New England.

For the many people who read this “Daily Spiritual Espresso” who are not from the United States, you might not know that Rhode Island is the smallest state in the union. It’s just 48 miles long and 37 miles wide, but it has a huge bay in the middle so it can take a while to drive from one side to the other. I venture the longest drive you could make in Rhode Island from end-to-end might be an hour.

Roger Williams founded the first permanent white/European settlement at Providence in 1636 on land purchased from the Narragansett Indians. Williams was forced to flee Massachusetts because of persecution. He established a policy of religious and political freedom in his new settlement. For you trivia buffs, the actual name of the state is Rhode Island and Providence Plantations.

Another bit of trivia is that RI is the most catholic state in the Union. RI went from fleeing religious persecution of the protestants in Massachusetts to becoming mostly catholic because of all the immigrants. Rhode Island has just over a million people, and today 67% of them are still considering themselves catholic.

When I was growing up, the 4th of July holiday was a HUGE deal.

Rhode Island has the oldest Independence Day parade in the United States.

It started in 1785, more than 200 years ago! And when I was a kid, the whole day was one long festivity — getting to Bristol early enough to beat the unbearable traffic and get a good place along the parade route, then going to the beach for a swim and a picnic, going back home for a barbecue, and then back to Bristol in the evening for the fireworks. I love any day that is entirely spent out doors!

And, I love fireworks! Tonight I’ll be in Bristol, Vermont with friends, and we’ll go to the fireworks there. It’s not the same, but it’s still fun. Tomorrow there are parades and festivities, and Bristol has the biggest parade in the state of Vermont, even though it’s a tiny town.

In New England, patriotism is a real thing, and it feels old-fashioned to me.

When I was growing up, as a teenager, many of my friends were from the next town over. I met them through a job I had bussing tables at a restaurant in the next town over, the Wharf Tavern in Warren, RI. I didn’t work there long, but I made some great friends.

My friends were all first and second generation immigrants from Portugal, Poland, and Italy, as well as Canada. Their families were SO glad to be U.S. citizens. They learned the language. They contributed in mostly blue collar jobs, and sent their kids (my friends) to college so they could succeed in white collar jobs.

Rhode Island has fantastic Italian, Portuguese, and other “ethnic” foods, and I discovered the best of those foods at my friends family barbecues and dinner tables all summer long.

Columbus Day was a BIG holiday that included lots of Italian food and beer. Rhode Island has developed it’s own little culinary niche with foods like hot weenies, clam cakes (not at all like clam cakes in Maine), stuffed clams and quahogs (a large clam). Clams, clams, clams. Conch. And of course, Italian ice, Del’s was the best ever, and no one else’s compared. 4th of July required intense heat, desperate thirst, and a large Del’s, with real bits of lemon and zest in it. Not hard and frozen — soft and slushy, long before others were having slushy drinks. YUM!

A true patriot was here for freedom from oppression – religious, and political, and willing to fight for it. Many of my friends’ older brothers went to Viet Nam and Cambodia, and came home completely changed. Never to be the same. The happy carefree young men who came back were transformed, but not in a good way. The effects of that rippled through our community.

Families became conflicted about their patriotism after that terrible war and the reasons behind it. Immigrants often send their first generation sons into the military when they land in a new country. Immigrants worked hard to invest in the state, and then were devastated by the Savings and Loan debacle that was fostered by George W. Bush and friends.

Rhode Island’s families has such strong people who have been through so much as a people. They are rebuilding and blooming in many ways now. If you go to Rhode Island and get to Providence, go to Federal Hill to Caserta’s and have a Wimpy Skimpy for me! Best calzone EVER. Best spinach pie ever, too! YUM!

I’m not a xenophobe, but I’m a patriot. I believe in the principles of the founders. I believe that all people are created equal and entitled to certain unalienable rights. I don’t believe in winding back the clock to a time of segregation and discrimination. I believe in liberty and justice for all, and that we have the opportunity to welcome people from other countries.

My ancestors came from the Cherokee tribe and from European nations, and most recently from Ireland during the potato famine. When the Irish came, they were treated quite poorly and they were unwanted, similar to how some feel about the people taking refuge now.

I feel it’s our job to welcome each new wave of immigrants so they can help make America even more beautiful, and even more of a rainbow nation. We can make amends for the mentality that treated my ancestors so poorly and be a nation of global transformation through generosity rather than greed.

It takes a lot of effort to change our own hearts, but that is the only way to change the world. Sometimes sharing a meal with someone who has different food and customs, and getting to know their family and introducing yours to them, is the way the to make the world a better place.

What are your holiday and family food favorites that you love to share? What are your plans for the 4th? Please comment in the comment section below!

If you think you might like to explore a spiritual career then check out some of my programs like Finding Freedom From Fear and the trainings I offer. I am offering two trainings in October. They are each deeply healing and they are both part of larger professional programs, but anyone can take them.

Right now there are SUPER early bird specials on my How to Lead & Create A Workshop training which includes certification to lead my Forgive & Be Free workshop and then there’s my Spiritual Counseling Training Intensive which is a great program for anyone interested in becoming a better listener, cultivating compassion or intuition.

If you’re a spiritual healer, counselor, or teacher, you might be interested in one of my professional programs. PLEASE TAKE A MINUTE to fill out my latest survey of your interests, please click here now! This way I’ll be sure to keep you informed.