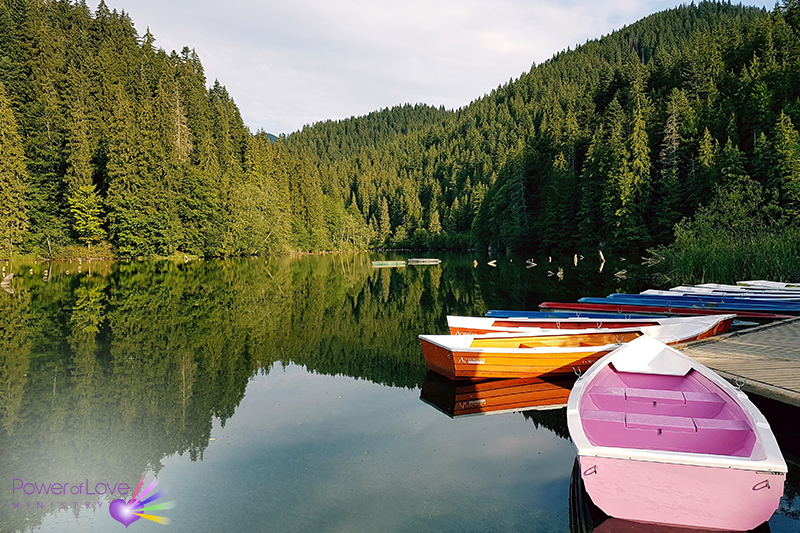 When we’re at Peace, our mind is like the surface of a clear lake, and anything is possible!

There’s a time when being right can be so wrong and I’ve been there many times.  I’ve wasted so much of my time, and energy, my precious life-force, arguing with someone about nothing because I needed to be right because I felt so wrong.  Phew!  That was such a sticky track in my mind.

There’s a pervasive thought pattern in our world that’s all about deciding who’s right and who’s wrong, who are the winners and who are the losers.  And don’t we love to gather the evidence to prove our case.

It all comes down to being the judger.  Judgment is a very effective weapon—or so I used to think.

We raise our children in this culture of judgment.  We teach it to them when they’re little bitty babies: Throwing the food on the floor is WRONG.  They hear us talk to the dog:  “BAD doggie, BAD.”

We show our children how to make the right decisions, to look at the other people who are doing it wrong and say, “Bad people, BAD!”  We do this so they won’t get hurt by taking up with the bad people.  Right?

It used to be when I argued with someone I approached it like a battle.  I used every verbal weapon I had to make them wrong.  I NEEDED to be right!

When I decided to follow Gandhi and King I put down my weapons of judgment.

Since then, I’ve come to a place where I can have a disagreement with someone and I can watch carefully any need I have to be right.

Instead of following that craving to be right and make others wrong, I can agree to disagree.  In fact, I don’t even have to get angry!  This has been a huge relief.  It may not make me a better person, but it feels better because I don’t have battles any more.

Putting down my weapons has made every day victory day.

Today I focus on how I use words and moods as weapons and I voluntarily disarm myself.

I choose to live in a world without battles and so I cultivate a life without weapons.

My daily personal practice of nonviolence moves my life and the whole world in a direction of peace.    I’d rather be a peacemaker than the winner of any battle.

I appreciate your support!  I enjoy offering the daily writing and prayer and it’s a gift to me to be able to share.  You can help me by sharing and commenting on social media.  So many are looking for inspiration - let’s be a support to those who are searching!  Thank you for caring and sharing!

A World Without Punishment

A World Without Punishment