The End of Attack Thoughts 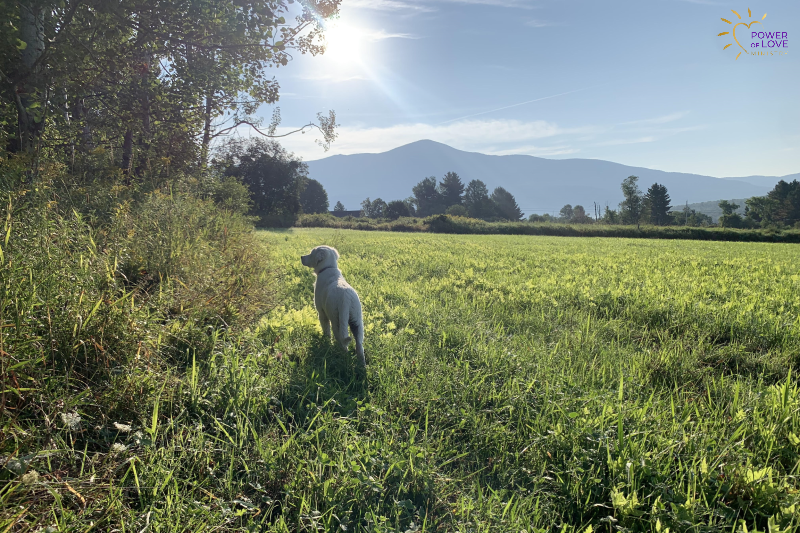 My puppy Bodhi on our morning walk.

Click here to listen to the Prayer for Today-Spiritual Alchemy

I’m having a bit of a staycation this week. It’s not entirely a vacation because I’m working a couple of hours a day, but that’s a lot less than normal and I’m not teaching any classes this week and I’m not doing any counseling sessions.

I’m organizing and decluttering and spending time with my sweet puppy, Bodhi. She’s learning to fetch which makes us both over the moon happy.

What’s been on my mind all week is all the focus on the attack that there is in the world right now. It seems like everywhere people are attacking, being attacked, or preparing to attack. Almost everyone feels attacked in some way right now.

What I know is true is that the attacker always FEELS attacked.
And the lover always feels beloved.

I used to be in that place of constant attack thoughts in my mind and that’s why I felt under threat at all times.

I felt so threatened and I didn’t realize it was coming from inside my own house.

What I know is true is that the person who feels like a victim will feel just justified in their attacks of retaliation and they don’t even realize that the whole reason they’re experiencing that victimhood is that they secretly wish to have an excuse to attack.

A Course in Miracles makes this fact clear – and it’s one of the things I find most helpful in the teaching.

If I defend myself, I am believing I’ve been attacked, in order to justify my attack.

Those who recognize their own innocence can see the innocence in others.
Those who know the healing power of compassion are able to extend Love instead of attack – they recognize the cry for Love and respond with compassion.

Love lifts, renew, and transforms.
Retaliation is counterproductive and destructive.

We’re here for more than that.

One of the things it took me a very long time to understand was that I was playing small in my work, in my friendships, my romantic relationships, and my family because I secretly harbored so many attack thoughts and I wasn’t willing to choose Love.

The pain of not being a loving presence, when I knew that was my purpose and calling, was too much for me. I had to put Love first in my life.

I found myself failing miserably at just being kind. It happened so often it was demoralizing.

I felt like an utter failure.
Nevertheless, I persisted.

I hit the tipping point and things got so much easier.

Now, I feel it’s my job to go alongside folks who also wish to hit that tipping point. It’s thrilling for me to see how people turn the tide in their minds and then life gets so much easier for them.

We can have much bigger breakthroughs than we even dream of.
We can get to the tipping point faster than we can imagine.

When we put Spirit in charge, we cannot fail.

We can get to the end of attack thoughts.

What would you like to put Spirit in charge of today?

Are you ready to stop playing small? I’m offering an online retreat that starts on September 10. It’s one of the most effective and successful things I’ve done. People repeat it 3 and 4 times because they get so much out of it. If you’d like to move closer to that tipping point in your mind – this could be your breakthrough! Plan for your success and we’ll do it together – click here to learn more about the Stop Playing Small Online Retreat starting in 12 days on September 10.