The Key 2 Having More Time 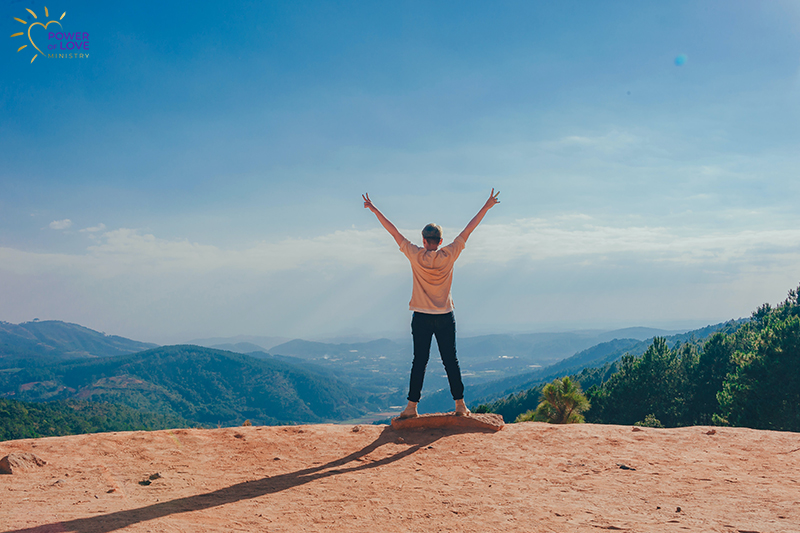 Let’s bring on a breakthrough!

Click here to listen to the Prayer for Today-Radiant Vitality

As we all know, when it comes to decisions, there are the ones we make and actually keep, and then there are the empty statements and promises that have no meaning except to keep us stuck in the ego.

When we keep our word and honor our decisions, we’re tapping into our heart power.  It’s powerful.

I decided to dedicate myself to being loving, and that changed my life. The decision was not just a wish or a hope, it was a commitment.

I had lots of lapses and transgressions, of course I did, and sometimes still do, but I didn’t give up on my goal, because I’d made a DECISION to live a life of Love.

As I said in Part 2 of this series, A Course in Miracles tells us that our spiritual success – in whatever area – is all about forgiving the meaning we’ve made of things in the past.  This is what brings on our breakthroughs.

Everything that’s painful in our present represents some unloving decision we’ve made in the past. Our challenges “re-present” the false beliefs we’ve chosen in the past.

The decision point has come back again so we can choose again, and this time we can choose to heal our mind about it, and know the truth that is our Freedom.

Let me tell you about a conversation I had with one of my dear friends.

I asked him, “What’s the one thing you can do now to improve the quality of your entire year?”

When he saw that, and saw what a difference it would make to his ENTIRE YEAR, that shifted the energy from “wouldn’t it be nice” to this is what I’m doing.

It was a mind-opener.

And, because he’s such a good friend and I’m a professional Spiritual Counselor, we talked a bit about what the core issue really is, and then I said, “Why don’t you just get that handled right away, so we don’t ever talk about it again, and you can free up all that energy to live how you’d really like to live?”

He immediately took action, and by the end of the day had hired someone to help him and had a plan to resolve the issue. Just like that.

That, my friend, is the power of decision.

We didn’t spend a lot of time trying to understand the issue, where it came from, and the root cause. He simply decided that it was a non-issue from now on. He was ready to have the healing. He was willing to take inspired action.  Reviewing the past wouldn’t move him forward.

Isn’t that what we sometimes do?

We drag our feet about taking the steps to do the things that will actually improve the quality of our lives, and we have all these excuses.

Delays and dysfunctional excuses are all related to the same thing. It SEEMS deeply rooted, and therefore “hard” to deal with, only because we’re identified with the dysfunction.

It can all change in an instant.  We can go the other way.

Feeling stuck or limited is an issue almost all of us are working with, but many of us aren’t working on it directly. And that’s why I offer the classes I do, so we can all become as willing as my friend and have our breakthroughs, and stop delaying our happiness.

I’ve learned methods that work in supporting people to be willing and to have their breakthroughs, change their minds, have their healing, and put the painful patterns of the past behind them, so they’re not continuing to repeat the same issues year after year.

With a little bit of support, my friend decided not to repeat the pattern that he’d been stuck in for years.  Partly it was because I KNEW he could drop it and move on quickly.  We joined together and it was done.

It’s so beautiful when I see someone make that decision to do something different, rather than continue managing and coping like they’ve been doing for years.

My friend’s decision changed not only his life, but also his family’s lives, in many ways. Because he’s taking better care of himself, his family will see and feel that, and they’ll learn from it, too. He was more lighthearted all year because he’d made this choice out of Love for himself.

Because we sometimes choose to keep repeating the past, instead of learning from our experiences, we begin to feel like we’re wasting our lives.

And that’s a painful place to be in.

I used to feel like I didn’t have enough time, energy or money to live the life I desired. I felt really stuck in that mindset. AND I felt like it was happening to me.

Like my friend, I reached a point where I saw what I was doing, and I was willing to make a decision to re-prioritize my happiness and put my happiness at the top of the list.

So let me ask you, “What’s the one thing you can do now to improve the quality of your entire year next year?”

If you don’t know what it is, would you LIKE to have a plan to figure it out, and then actually do it, releasing all resistance and reluctance and having your breakthrough?

So many people think they’re not living the life they desire because they don’t have enough time, energy or money.

And that thought is really limiting and, quite frankly, for most of us it’s overwhelming. And that’s the point.  That’s the essence of the ego thought system:  lack and limitation.  Not having the inner or outer resources.

The thought of lack in all three areas: time, energy and money, is so debilitating that most people just don’t know what to do so, they just carry on managing and coping.

We feel certain we’ll fail, so we don’t even try.

It all just seems TOO BIG for us to handle.

But, it’s not true. Spirit doesn’t know anything about failure.

It’s about tapping into the power of Spirit, and that’s something I know a lot about.

I’d love to help you prove to yourself that you can tap into the power of Love to live a life that’s truly fulfilling.

I like to share step-by-step methods that have been proven to work. I’ve seen them work, even with people who are so reluctant that they’re convinced they’ll fail. Spirit is so powerful!

I know what it takes to help you get your breakthrough, and that’s why I’m offering my workshop TOMORROW, Sunday, February 6.

Would you like to start feeling that you absolutely do have enough time, energy and money to live the life you’d like?

Wouldn’t that be a game-changer?

If it feels as though you can never heal it or get a breakthrough. I’m here to tell you that Spirit can do what we don’t feel we can do. I’ve done it and so have many of the people I work with.

No matter what your circumstance is, if you’re willing, you can get a breakthrough. Even if you think you don’t have the time, energy or money.

If this topic I’ve been sharing over the last couple of days speaks to you, and you’d like more support, consider joining me in my workshop tomorrow, Unblock the Flow of Your Energy, Time & Money.

I’ll give you tips & tools that you can use immediately.  Plus, we’ll have some FUN.  Spiritual growth can be a lot of fun.  Let’s do it together!