I couldn’t see it 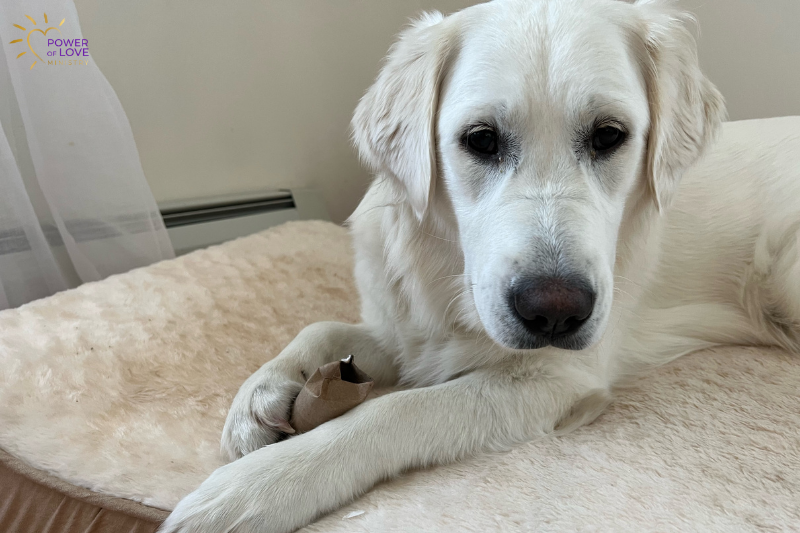 We can bless instead of punish.

One of the things that I’ve been thinking about for the past week is the patterns in the mind of punishment. It’s quite intense right now with various political situations around the world, and especially with people’s feelings about the invasion of Ukraine.

One of the most fundamental aspects of the ego thought system is the belief in punishment as being justified.

We last year we did my Challenge to End Self Sabotage as a 6-week program and so many people had life-changing breakthroughs. One of the things that became obvious is that many of us who engage in self-sabotage and self-medication have an awareness that there’s an aspect to it that feels like self-punishment.

When you look closely, the ego thought system has an ugly thread of punishment all the way through it.  The desire to punish others is often the feelings of unconscious guilt projected outwards.

Even some of the most dedicated spiritual students aren’t aware of it.  I couldn’t see it even though it was a very active part of my own experience. I punished myself and I punished others. It was a HUGE distraction, and waste of my energy.

For instance, do you look at the political or cultural scene and see folks who are acting out in ways that seem mercenary, egotistical, and unconscionable? And when you think of them, do you think they should be punished? I notice that it seems almost like a knee-jerk reaction.

If we see someone doing something that we label as wrong or bad, then we actively want to see them punished. Very often, we go to thinking the behavior deserves punishment, rather than to the thought of supporting folks so they can learn to see the effects of their choices and practice true forgiveness. It’s much easier to say they deserve to be punished than it is to help them discover why their choices were hurtful or destructive in order to redeem them on a spiritual level. That kind of loving compassion and, what the course calls correction, are rarely practiced in our world.

They also aren’t practiced much in our families.

For me, it’s been both helpful and life-changing as well as relationship-healing to ELIMINATE the need to punish anyone who has behaved in an unkind or unloving way. Instead of getting angry and upset and telling people how I don’t like what they’ve done and blaming them for how I feel, I’ve been practicing taking responsibility and extending compassion.

In making this shift, I’ve really had to retrain and relearn, but thanks to the Higher Holy Spirit Self, it’s been miraculous and easier than I could ever have imagined – of course, having a true willingness makes the difference.

I woke up this morning thinking about the Responsibility For Sight section in the A Course in Miracles Text, it begins like this, “This is the only thing that you need do for vision, happiness, release from pain and the complete escape from sin, all to be given you.”

I remember reading that for the first time and thinking, “WOW!! THANK YOU!”

It goes on to say, “Say only this, but mean it with no reservations, for here the power of salvation lies:” And that was another OMG, Here it comes! And then, here is what we are to say:

“I am responsible for what I see. I choose the feelings I experience, and I decide upon the goal I would achieve. And everything that seems to happen to me I ask for, and receive as I have asked. Deceive yourself no longer that you are helpless in the face of what is done to you. Acknowledge but that you have been mistaken, and all effects of your mistakes will disappear.” T-21.II.2.

My shorthand for this became:

I am responsible for what I see,
And everything is just as I wish it to be.

I’ve said that to myself thousands of times and it’s helped me to snap out of the delusion of the illusion an into the power of loving choices.  That’s no small thing.

If we’re not taking responsibility, we’re probably in blame, and then we’re the victim.
The victim always believe in punishment.

Some people who believe they are a victim are convinced, deep down, that they’re being punished for their sins.

We can put an end to all this stinking thinking.  That’s what my life and work is about, helping myself to unwrap these gnarly patterns as quickly and easily as possible by truly LIVING A Course in Miracles and then sharing what I’m learning to support others.

Many believe that the pains they experience in this world are the punishment for their sins.  If I believed in sin, which I don’t, then I might say the greatest sin that ever was is the idea that God was a being or a system that would punish us.

I’ve come to see that punishment is often self-inflicted even when it seems that it’s coming from outside.

I used to feel punished and as I eliminate the wish to punish anyone, the feeling of being punished has dissolved and resolved.  I finally realized that I cannot wish to punish someone else and not feel punished myself, because there is only one of us here.  There’s no way out of experiencing what we project.  There just isn’t.

However, we can heal the habit of projection when we turn it over to the Higher Holy Spirit Self.  And that’s such a good thing!

No matter what my sweet puppy Bodhi gets into, I really don’t want to punish her.  I offer correction.  That’s what a loving friend does.

TODAY:  Sundays With Spirit, our online service has my dear friend and master ACIM Teacher, kironJ Gardner as our speaker and I’ll be there as well. Please come join us!  Click here to learn more and register if you’re not already.

In 2 weeks my Challenge to End Self-Sabotage begins.  This is a powerful program to help you release the patterns of self-punishment and self-medication that leave us feeling helpless, hopeless and foolish.  We have a lot of fun and people often experience life-changing shifts.  Click here to learn more now!

I have two podcast episodes that I’ve done that may be helpful to you – one is called Ending Cycles of Self-Sabotage and the other is called Ending Self-Medication. Both are in the podcast for my radio show and you can find them here at LivingACourseinMiracles.com.

This Week's PODCAST EPISODE:  my topic is Cultivating Intuition & Insight.  You can click here to get the download at iTunes or Stitcher for Android. All the previous episodes are free at iTunes & Stitcher right now! Transcripts and more are available here: LivingaCourseinMiracles.com You can subscribe to the podcast and get the show every week automatically on your phone, iPod, iPad or computer. Check it out! And if you enjoy the podcast, will you please write a review so more people find the show? The more reviews, the more iTunes and Stitcher show it to people! Also, if you listen on iTunes, there’s a 2nd podcast called A Course in Miracles Archive for the older episodes. Thank you!