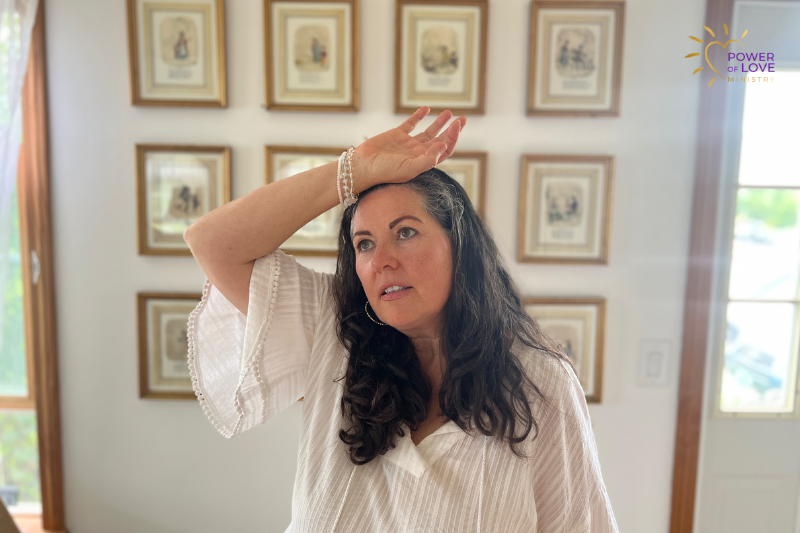 I used to be such a drama queen.

I’ve known so many people over the years who’ve had a strong desire to earn a living sharing their passion and some of them have actually followed their heart and done what they felt called to do, but many have not. They’re playing small and they know it. It hurts.

When I first started in Ministerial School, in our very first gathering, a weekend retreat, we were told that the majority of the people who were in our program would probably never follow through and have a profession as a minister.

It made sense to me. Feelings of unworthiness stop so many people, it’s crazy! It is true insanity for any of us to believe that we’re unworthy of following our calling. Honestly, it doesn’t actually make sense and here’s why:

Think about it. As an example, let’s imagine that you have the talent and the ability to be an amazing dancer. What if you felt unworthy of dancing so you just never did any dancing. Or you only danced by yourself and never with other people. You see what I mean?

We’re already imbued with everything we need to live our calling, whatever it is.

Many feel called to minister, teach and share, but they don’t feel worthy because they judge themselves for not being loving enough, or pure enough.

That’s all self-judgment and it’s easily healed if we’re willing.

In my experience, people usually think this healing is impossible or they’re convinced it’s much harder than it actually is.

Think about it:  We’re designed to live as the Christ Light.  Why would it be impossible for us to do so?

Once we’re truly willing to let go of standing in our own way and choose to follow our inspiration it’s amazing the doors that open, and the support that comes forward.

Here’s one of the world’s most beloved quotes on boldness and following inspiration:

“Until one is committed there is hesitancy, the chance to draw back, always ineffectiveness.  Concerning all acts of initiative (and creation), there is one elementary truth, the ignorance of which kills countless ideas and splendid plans: that the moment one definitely commits oneself,then Providence moves too.  All sorts of things occur to help one that would never otherwise have occurred.

A whole stream of events issues from the decision, raising in one’s favour all manner of unforeseen incidents and meetings and material assistance, which no man could have dreamt would come his way.  I have learned a deep respect for one of Goethe’s couplets:’

Whatever you can do, or dream you can, begin it. Boldness has genius, power and magic in it.’”

from The Scottish Himalayan Expedition,1951 – by W.H. Murray

Say yes to your heart’s desire, your strong intuition, and your guidance and allow Spirit to lead, guide and direct you about HOW to find the way to its fulfillment.  When you’re willing, Spirit leads the way!

Healing the self-judgment is part of our training as ministers, teachers, leaders, coaches and counselors.  I had to heal my own sense of unworthiness in order to live the life of my dreams, which is the life I live now.

And that’s what I’d like to support more folks in doing.

For those who’re interested in professional training for your spiritual expansion, my dear friend, Karen Russo, MBA for Coaches, Healers, and Experts on Content, Messaging, and Delivery of Transformational Workshops is hosting an intensive training Create and Lead Workshops that Make a Difference starting Tuesday, August 16.

The Power of Love Ministry is an expanding global spiritual community of prayerful people willing to be co-workers with God. We’re waking up together and finding freedom in our hearts. I’m so grateful for this!

P.S I’ll be offering a lot of support for participants in this class. If it calls to you, please follow your intuition and you can’t go wrong!

NEW PODCAST EPISODE:  my topic today is Perception And Our Reality. You can listen in LIVE on my podcast - click here for details - or you can click here to get the download later at iTunes or Stitcher for Android. All the previous episodes are free at iTunes & Stitcher right now!  Transcripts and more are available here: LivingaCourseinMiracles.com You can subscribe to the podcast and get the show every week automatically on your phone, iPod, iPad or computer.  Check it out!  And if you enjoy the podcast, will you please write a review so more people find the show? The more reviews, the more iTunes and Stitcher show it to people!  Also, if you listen on iTunes, there’s a 2nd podcast called A Course in Miracles Archive for the older episodes.  Thank you!

Only The Ego Fails