Walking the talk and living the love together. 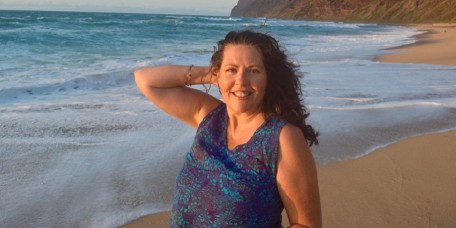 Walking the talk and living the love together.

“When you are fearful, you have chosen wrongly.” A Course in Miracles

The cause of fear is a wrong choice.
For the untrained mind, fear is inevitable because we’re all making many thousands, yes THOUSANDSS, of choices a day and if you’re mind isn’t trained to recognize the choices that are wrong-minded, you’ll just keep habitually choosing the same fear thoughts again and again – right? Haven’t we all proven that? I certainly have.

All judgments are attack thoughts that keep that belief in separation and that feeling of separation going. They are fear thoughts.

Judgments are really the root of all fears.

It might SEEM as though you’re afraid because you don’t think you have enough money, and that if you can’t pay your bills you’ll suffer. However, that’s only the appearance.

Don’t be fooled by appearances.

It might feel like you’re afraid because you are sick and tired and don’t know how to have a healing, but that’s only the appearance.

Fear indicates: You have been fooled by appearances.

You might believe you’re afraid because your relationships aren’t working, and you don’t know how to have happy, harmonious and loving relationships, but that’s only the appearance.

Appearances are deceiving.
In order to see the TRUTH, you have to be willing.
SINCERELY willing.

Healing the habit of attack thoughts isn’t easy, but it’s FAR EASIER than living in fear. But you wouldn’t know that if you’ve always lived in fear.

That’s why I’m offering you this class as a gift: 7 Simple Steps to Interrupt Patterns of Fear.

We’ll go deeper into the practical tips and tools that worked for me, so you can interrupt those patterns of fear and attack and make new choices, creating new habits that support the life you desire.

It might seem impossible, but I’ve done it and helped many people learn to do this too.

Here’s the good news:
“No one can fail who seeks to reach the truth.”
That’s Lesson 131 in A Course in Miracles

You cannot fail if you’re sincerely willing to live a loving life
– you don’t have to be there already.
– start where you are.

All your previous failures are just evidence of your lack of sincerity.
Don’t be fooled by appearances.
If you’re sincerely willing to live without fear, you cannot fail.
It’s the Truth.
Now, will you prove it?
Once you prove it to yourself, there’s no going back!

If you are living in fear and you would like to change that, seek nurturing and register for my free class today.

CLICK HERE to claim your spot in this FREE class now!